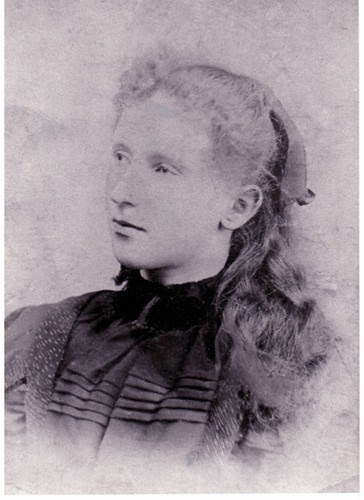 Hi Barbara
Hope you are well, apologies for not keeping in touch lately, but been a bit busy, as we all seem to be these days. I thought I'd send you a photo of my grandmother to add to your collection - Louisa Gertrude Earnshaw. I think you have her records - born in 1883 in Longridge, Lancashire, daughter of Ann Ainscough and Henry Earnshaw. She was later adopted by her older sister, Helen (b 1871) who was married to John Whalley, hence she became an Earnshaw-Whalley until she married my grandfather William Walsh. An
interesting snippet - Louisa and William were in the same junior school class together aged about 10 in Colne but didn't get together till a lot later - I've got another photo of them as classmates I can send you.
This attached photo was taken about 1900 I think, but that's a guess - she looks to be in her late teens. She had blonde hair, as did my mum and as did I till it got grey - maybe inherited from our Viking past on the Ainscough side?
Anyway, please let me know how you're going, and keep in touch.
Cheers, Richard
Richard Harris
harrisrichard@westnet.com.au
Posted by @boobelle at 10:55 am