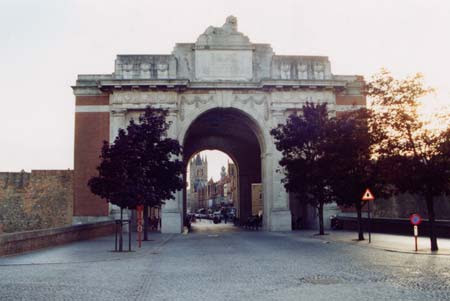 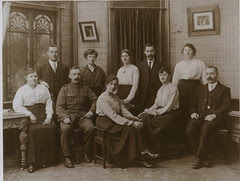 Richard Harris from Australia writes:
"Hi Barbara
Lance Corporal John Whalley killed in WW1 was my mum’s cousin. John Whalley (1867 – 1940) was a great uncle of mine – he married Helen Earnshaw who was sister to my grandmother, Louisa Earnshaw. Their mother Ann died when Louisa was young (Ann Earnshaw nee Ainscough – sister of Thomas, the same family line as you have. So John and Helen then adopted Louisa and she took the surname “Earnshaw-Whalley”. I don’t know a lot about John Whalley - the Lance Corporal, but I believe he is in the photo I sent you (I’ll have to check). In reality John was Louisa’s nephew but was also her stepbrother!!! Mum said she had a cousin who was killed in WW1 – I’ll ask my sisters if they remember any more."

“31 July 1917 Lance Corporal John Whalley 13190, 2nd Bn, was killed in action in France whilst serving with the Coldstream Guards. He is Commemorated on Panel 11 Ypres MENIN GATE MEMORIAL”

The following list shows how John Whalley is related to our Ainscough branch of the family.