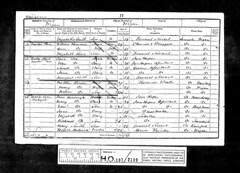 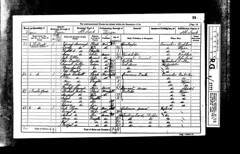 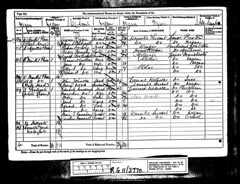 Great to hear from Andrew Scarisbrick again with regard to the identity of Edward b.1832, Bispham & Dorothy (Cowell) Ainscough in the Mawdesley Churchyard.....interesting to see from census detail that Edward was also the landlord of the White Lion Pub in Wigan - our family are good at doing pubs aren't they!

"Hi again
I have seen in your website that you have been looking at Ainscough graves at Mawdesley, and there is one you cannot identify, children of Edward and Dorothy (Cowell) Ainscough.
I believe this must be Edward Ainscough b. about 1831, who was married to a Dorothy in 1861, but was remarried to Mary Ann Harrison in 1869. See the following;

There is a "JamesAinscough_1755tree.pdf" document to download in the shared box area (on the right). This has lots of evidence to support this tree. We have Andy Scarisbrick to thank - he has recently (2007) put it together so you may like to contact him if you have any queries over evidence etc. Open the file & zoom in to see detail.
Posted by @boobelle at 8:01 pm