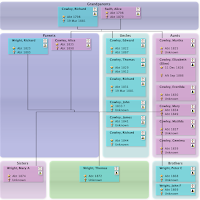 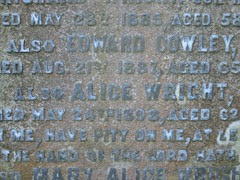 John Cobham (jcobham@ewlf.co.uk) has been in touch to say he also has links with the family....
"I’ve just been on your Ainscough website. In my family tree are some lines of connection.
1. My Uncle, Wilf Ainscough, b c.1905(parents Hugh & Elizabeth) married my Mothers sister Alice Wright. I know Uncle Wilf had 2 sisters Lucy & Gertrude Ainscough (spinsters) & 2 brothers Vincent (unmarried) & Cyril. Only Wilf & Alice had a family, one son Cousin Francis Ainscough who died unmarried about 12 years ago, so that line has died out on the Ainscough side. Might not be correct on Uncle Wilf’s d.o.b could be nearer 1900 although he doesn’t appear on the 1901 census!

I am a close friend of Mark Ainscough, Son of Cyril, Grandson of Martin of Fairhurst Hall.
Regards
John Cobham"
Posted by @boobelle at 4:50 pm