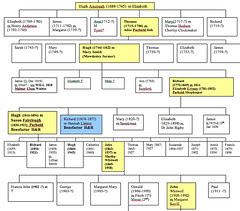 Once again, many Ainscoughs can be seen buried at Parbold and I think I can place most of them in our tree - most are likely to be descendants of Richard Ainscough (1770-1849) & Elizabeth Livesey (1781-1849), who are themselves buried at St Peter & Paul's RC church, Mawdesley. Richard was a 2nd cousin of my 4x Greatgrandfather Thomas Ainscough 1778-1861, also buried at Mawdesley.
However, there are still a few gravestones that I am unsure about. If anybody can offer any further information or detail on these I would love to hear from you. Again,I am hazarding a guess at most of this but here goes.....please feel free to correct me if I'm wrong. 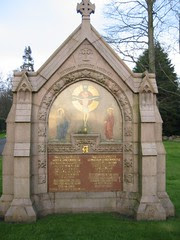 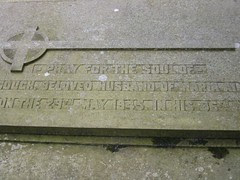 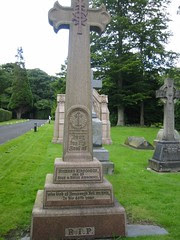 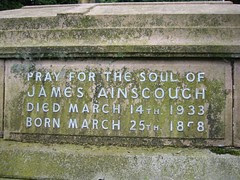 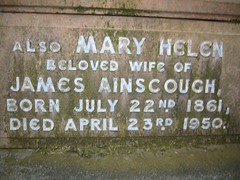 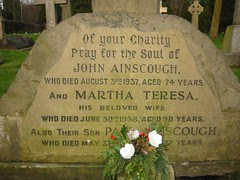 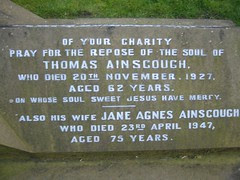 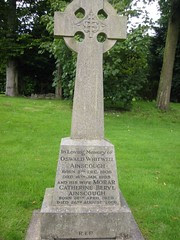 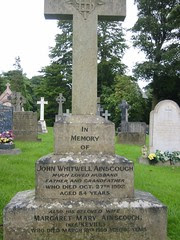 Martin Ainscough b.1898-d.5th March 1973 age 75 and wife Beatrice Mary b.1897–d.10th December 1992 age 95
On 3 Sep 2007, at 08:31, JOHN COBHAM wrote:
"Martin Ainscough (d1973) was the son of James Ainscough mentioned here. He was a landowner & farmer. Also the main shareholder & chair of Lion Brewery, Blackburn.
In 1963 Martin bought the Croston Hall estate (formerly belonging to the De Trafford family) from the Catholic Archdiocese of Liverpool.
Cyril Ainscough was Martin's son & took over the running of the Brewery, He lived at Priorswood Hall, Lees lane. He has a brother Peter who still runs the Parbold farms.
Cyril's widow is still living in Parbold & there are 4 sons & a daughter. Mark Ainscough(2nd son) is a friend of mine.
Peter Ainscoughs son Martin owns several good pubs & restaurants one of which the Eagle & Child is in Bispham Green.
The Croston Hall estate has recently been sold by Mark Ainscough but Martin owns about 300 acres of it including the site of the demolished Croston Hall.
All for now,
Regards
John" 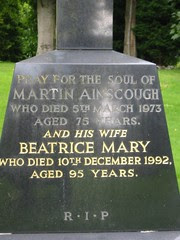 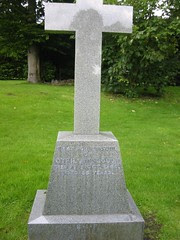 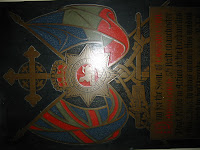