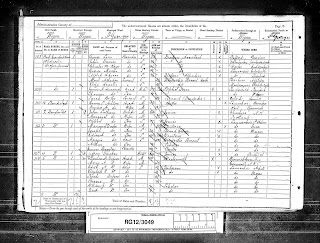 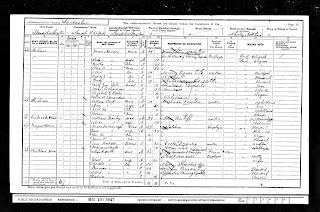 Sir Thomas Martland Ainscough - which Ainscough line is he from?? Read on and all is revealed through Andy Scarisbrick's research.

Hi all
if anybody can shed any light on how Thomas Martland Ainscough C.B.E.(1886-1976) is linked to the Mawdesley family line- if at all - I would love to hear from you. I've found the following information on the internet, which Ive also put onto Wikipedia Ainscough (http://en.wikipedia.org/wiki/Ainscough) under the notable Lancashire Ainscough section, other than this outline I've not been successful in finding out any more......
Looking forward to hearing from somebody soon.
Wikipedia Ainscough - notable Lancashire Ainscough
Sir Thomas Martland Ainscough C.B.E.(1886-1976), Colonial administrator. A native of Wigan, and son of a former Mayor of the Borough. 37 years of public service in the Department of Overseas Trade, the last 26 of them as H.M. Senior Trade Commissioner for India, Burma, and Ceylon. His parents were James and Margaret Ainscough, of Parbold, Mayor and Mayoress of Wigan in 1922-23.

Taken from Wigan World 1945 announcement:
http://www.wiganworld.co.uk/stuff/chronology11.php?opt=chrono&yr=1945
Jan. 20. - Announcement in the "Wigan Observer" of the retirement of Sir Thomas Martland Ainscough, C.B.E., a native of Wigan, and son of a former Mayor of the Borough, after 37 years of public service in the Department of Overseas Trade, the last 26 of them as H.M. Senior Trade Commissioner for India, Burma, and Ceylon.

Ive also come across the following about a James Ainscough, Mayor of Wigan 1922 and have assumed that this is the father of Thomas Martland Ainscough, please feel free to put me right if its not accurate......
Standish Conservation Area Appraisal December 2006
Article 5 - The Cross, Stocks and Well.
........The well in latter years had become used for washing fish, a stone slab being provided for this purpose. A canopy was installed over the well in 1930, paid for by James Ainscough a local businessman, benefactor and antiquarian who was mayor of Wigan in 1922.....

and Jo Horridge has found the following on the Standish website - standish.org.uk
It turns out to be very relevant, linking nicely to the census material above that Andy has forwarded - 1901 Standish. Here we can see living at Prospect house are James Ainscough 47 - upholsterer, is the head of the house with 2nd wife Jane 39 and 2 sons Thomas 14 and James 5. The article says that Prospect house at the time of the fire (1893) was under the ownership of John Ainscough who could be the grandfather of Thomas (John Ainscough b. 1749)
• 11 - Prospect House
Tradition says that a castle once stood on Prospect Hill, but if so, no trace remains. Pospect House has a relief of the Owl and the Rat emblem and the date 1796 on the wall. Under the ownership of John Ainscough, Mayor of Wigan, it was damaged by fire in 1893 and restored in 1910. It was used to house Belgian refugees in 1915, and is currently a home for the elderly.

On 8 Jan 2008, at 13:52, Andrew Scarisbrick wrote:
Hi Barbara
I have done some research, and I believe I can solve part of the puzzle of who Sir Thomas Martland Ainscough was.
He was the son of James Martland Ainscough (b. 1854, Standish) and Margaret Blaney (married 1881). Margaret sadly died before 1891, and James remarried Jane Lancaster in 1894. See the two attached census files.

John Ainscough (b. 1749) was the son of Thomas Ainscough.

By my research, there is no connection, so far, with either the Mawdsley or Southport Ainscoughs.
I hope this is of some help. I have the census files tracing this family back to Robert Ainscough, in 1841, if you are interested.
Andy
Posted by @boobelle at 2:22 pm