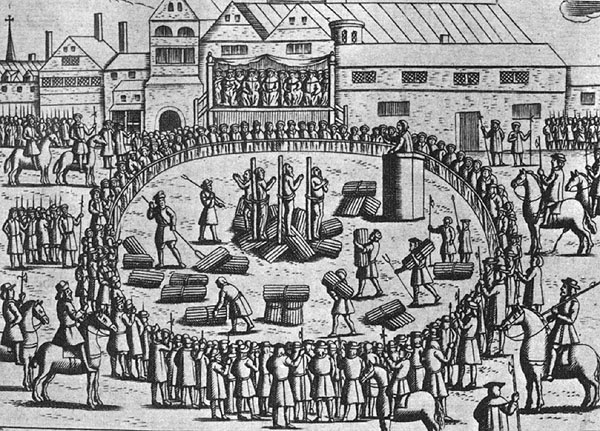 Anne was one of the daughters of Sir William AYSCOUGH and it is said that Sir Isaac Newton is directly descended from this family......and now all we need is the final piece in the jigsaw to close what is a rapidly narrowing gap between the information we have about our AISCOUGH/ AYSCOUGH family starting around 1558, living in Mawdesley , the Isaac Newton AISCOUGHs in Ormskirk from around 1585?? (James Ayscough, grandfather of Isacc) and the AYSCOUGHS of Bedale......could there be a link?? Were they related in some way?

I've been looking for the reason why James Ayscough (grandfather of Isaac Newton) was born in Ormskirk, Lancashire when all of the source material clearly shows his family are firmly rooted in South Kelsey, Lincolnshire. Indeed, evidence also suggests that James heads back to Rutland to get married and raise a family. Now I've made the connection that Anne ASKEW (AYSCOUGH) was infact the sister of Sir Edward and Sir Francis and daughter of Sir William of South Kelsey. Anne Ayscough Kyme (Askew) was the only female ever to be tortured on the rack in the Tower of London, where she was tried for her beliefs, and publicly burned tied to a chair on a huge bonfire in July 1546.
Anne was converted to Protestantism when the "new bible" emerged from the continent (Lutheran). Other family members also shared Anne's beliefs despite being so closely linked to the courts of Henry VIII, Sir William was knighted in 1513 during the reign of Henry VIII. His son Edward Ayscough was cup-bearer to Henry VIII and eldest son Sir Francis Ayscough b: ABT 1509, South Kelsey, was Sheriff of Lincoln in 1545, 1549 and 1554.

Clearly the family were experiencing major political & religious conflict from 1540-onwards. Anne was a very proud, witty, outspoken, dedicated believer and a brave young lady . With the uprising of 1536 Lincolnshire must have been an extremely difficult and unsafe environment to raise a family.

CHILDREN of Elinor Tunstall
2.1 Sir Christopher of Ashby m. Elizabeth Allen
CHILDREN of Margaret Tailboys
2.2 *** Sir William Ayscough b.? m. Margery Hildyard, Winestead, East Yorkshire
2.3 Edward
2.4 Elizabeth
2.5 Sir Christopher of Stallingborough
3.0 ****Sir William Ayscough b. 1497 -d. 1541 of Stallingborough was knighted in 1513 during the reign of Henry VIII, m. Elizabeth Wrottesley. They have 5 children and a further 2 children to his 3rd wife, Elizabeth Hutton.
CHILDREN of 1st wife, Elizabeth Wrottesley
4.1 Edward Ayscough was cup-bearer to Henry VIII, d. 1558 buried at Keelby.
4.2 Martha - marriage arranged to THOMAS KYME but she dies before the wedding and so Anne is forced to marry him at 15 yrs old.
4.3 Jane
4.4 *****Sir Francis Ayscough b: ABT 1509 in South Kelsey, m 2nd wife Elizabeth Dighton b: ABT 1513 in Shurton -knighted "at the wining of Boulogne" and was Sheriff of Lincoln in 1545, 1549 and 1554. He had 8 children in the 1st marriage and a further 2 in his 2nd marriage.
4.5 ANNE AYSCOUGH (Askew) Kyme b. 1521- martyr and protestant!!! (tortured and burned d. July 1546 age 25.
CHILDREN OF 3rd wife, Elizabeth Hutton
4.6 Christopher
4.7 Thomas

Anne Askew- martyr b. 1521
Anne Askew the Heretic:
"For her religious principles, which she persistently and openly declared, she was committed to to the Tower, subjected to the rack, and burnt at Smithfield 16 July 1546."
- Lincolnshire Pedigrees
"Ann Ayscough was born at South Kelsey in 1521 (?), and the following account is taken from Mary Hays' Female Biography, and compared with many other accounts: - " She received a liberal and learned education, and manifested in early life a predilection for theological studies. Her eldest sister (not mentioned in any pedigree) after having been contracted in marriage to Thomas, afterwards Sir Thomas Kyme of Lincolnshire, died before the nuptials were completed." It does not appear to which branch of the Kyme family Sir Thomas belonged. Thompson suggests that he was one of the Kymes of Friskney, but he did not belong to the elder branch. "Her father, on this event, being unwilling to lose a connection which promised pecuniary advantages, compelled her sister Anne to become the wife of Thomas Kyme, to whom she bore two children. After much study and reading of the holy scriptures, which were at that time withheld from the perusal of the laity, she at length adopted the principles of the reformers. Her husband, disgusted at this, and instigated by the priests, drove her from his house. She then proceeded to London, to the court of Henry VIII where she placed herself under the protection of those who favoured the protestant cause. She was kindly received by many of the ladies at court, and was particularly distinguished by the queen, who favoured secretly the doctrines of the reformers. Her husband, probably still under the influence of the priests, found her out, and the priests accused her to the King, Henry VIII., of dogmatising on the subject of the 'real presence.' (webmaster's note: Anne denied the doctrine of transubstantiation, whereby the Communion bread and wine are converted to the body and blood of Christ. This is why she was burned.) Anne was therefore seized in March 1545, and taken into custody, when she was examined concerning her faith by Christopher Dare, the Lord Mayor. She was detained in prison eleven days, and refused bail. On the 23rd March, a relation succeeded in obtaining her release on bail, and her sureties were Mr. Britagne, her relation (it does not appear how), and Mr. Spilman of Gray's Inn. A short time afterwards she was again apprehended, and summoned before the King's council at Greenwich, when she was again exainined by Wriothesley, the chancellor, and Gardiner, bishop of Winchester. She was then committed to Newgate. From Newgate she was taken to the Tower, where she was tortured on the rack to make her confess her patrons at court, but having refused to give their names, Wriothesley the Chancellor was so enraged that he turned the rack himself, when she fainted. (The beef-eaters at the Tower say that she was the last person tortured there.] She was burnt at Smithfield in the 25th year of her age, on 16th July 1546," or, as Fuller gracefully puts it "she went to heaven in a chariot of fire." Her tutor and two other persons were burnt with her. She is also said to be the last martyr in the reign of Henry VIII. Mary Hays takes her account from Fox's Acts and Monuments of the Church, Hume's Hist. of England, Ballard's Memoirs of British Ladies, Biographheum Femineum, and Gibbon's Pious Ladies. It is curious that she is never mentioned except by her maiden name, "Anne Ayscough," and it is generally spelt Askew, which is incorrect."
- Notes on Visitation of Lincolnshire 1634
http://www.enotes.com/literary-criticism/askew-anne/

"William Askew (also Ayscough) was a prominent landowner who served in the court of Henry VIII. After the death of her mother, Askew and her siblings were raised by their father and stepmother, Elizabeth Hutton Hansard. Most likely Askew was educated at home with her two sisters and four brothers; although it was unusual for girls to be schooled, many wealthy families allowed their daughters to learn from their sons' tutors......."

The following is an email/letter from Lincolnshire Library (LINCLIB@lincolnshire.gov.uk) forwarded to me from Louis Meek (fmeek@tls.net). I have included it should any readers want to find out more about Anne Askew or the Ayscough family from Stallingborough. It seems the library are keen to help and answer any email queries as well as provide a photocopying service of any relevant documents should they be requested.

"Dear Mr Meek
Thank you for your recent enquiry. We apologise for our delay in replying. This has been caused by operational difficulties. We have found a family pedigree for the Ayscough Family of Stallingborough and South Kelsey on pages 58-68 of Maddison's Lincolnshire Pedigrees: Vol 1. This book was published by the Harliean Society in 1902. Although this pedigree shows Anne Askew's parents and siblings it does not show her children or any of her possible descendants. In all the books and articles that we hold on Anne Askew we have been unable to find any mention of her children's names or even their sex. Even the Dictionary of National Biography can tell us no more than that she left her children to go "gospelling".

Nor does there seem to be any certainty as to which Thomas Kyme she married. According to Elaine Beilin, in her introduction to the 1996 Oxford University Press version of in The Examinations of Anne Askew, there were two possible Thomas Kymes of Friskney. One was born in 1517 and the other buried in 1590.

Should you wish we can supply you with a photocopy of the Ayscough Family Pedigree. The charge for this would be 30p per A4 sheet plus postage. Please note that all payment must be made in Sterling and that we are unable to accept payment by credit card for orders under £3.00.

We hope that you find the above information of some assistance in your research. Please contact us again if you have any further queries, or require the photocopies.

I am a descendent of Margaret Askew who married Judge Thomas Fell and then George Fox founder of the Quakers. My understanding is that she was the daughter of John Askew born 1583 in Marsh Grange who married Margaret Pyper and had one other daughter Elizabeth b 1613. He was the son of William Askew Kyme the son of Anne Askew and born c 1542 and married a Lady Anne Standingstone (most likely of Standingstone). My understanding is that Sir Thomas Kyme disowned Anne Askew and likely the her children thus he retained the Askew name. The other child a daughter also named Anne born c 1540 may have retained either name Askew or Kyme.
Regards
Bob Richardson from Western Australia
robertr37@outlook.com

Thank you for this information Robert - its very useful!