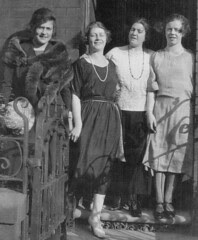 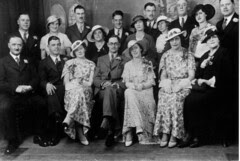 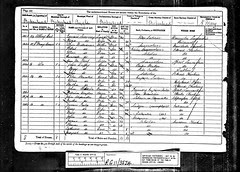 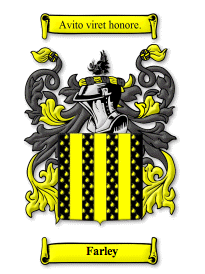 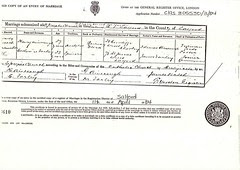 Catherine was the mother of Norbert Ainscough (my grandad). She married Henry Ainscough in 1895. Her family migrated from North Dublin, Ireland (1864-1867?) to Seacombe, Cheshire and then Birkenhead Liverpool, where Catherine was born. Presumably this was due to her father Jacobi Farley in search of employment.

http://en.wikipedia.org/wiki/Dean_Lane_railway_station/
Catherine lived with her 1st husband Henry Ainscough in the Station Master’s house at Dean Lane, Moston where Henry worked as station-master. Census detail suggests that this was from about 1900 to Henry’s early death at the age of 44 in 1912. He died young of pneumonia. On his death, the family had to move, the cost of living in a tied accommodation. Catherine (Farley) remarried Pop Henry Seymour (2nd husband) - see images above and in Flickr group: http://flickr.com/groups/ainscough/

On 1 Aug 2007, at 08:51, Jonathan Hopper wrote:
Tony...I have a record of another potential child of Catherine and Henry
Ainscough..
George Alfred Ainscough born and died in 1890, Chorley...
Born Jan-Mar 1890
Died Jul-Sep 1890
Is this news to you? We would need to send off for the certificates to be sure.