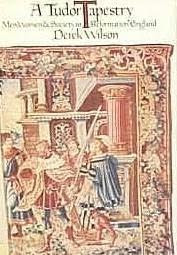 Jonathon Hopper writes: "this book is available secondhand from Amazon, have ordered a copy......"
For anybody interested in mediaeval religious and political antics with links to the ASKEW/ AISCOUGH/ AYSCOUGH family it could make some interesting reading, Anne Ayscough (ASKEW) Kyme being a well known martyr. What I find particularly interesting is that Anne is not the devout Catholic that I thought all Ainscoughs had been, infact the entire family were very open minded when fresh teachings (Lutheran) of the Scripture emerged from the continent. Anne in particular openly questioned and disputed the writings and teachings of the Bible, frequently challenging learned persons of the church, much to her husband's (Thomas Kyme)dismay. Anne appears to have been a proud, intelligent, witty & eloquent young lady. Unfortunately, she refused to give up the argument and was arrested 3 times, tortured on the rack in the Tower on the 2nd arrest and then burned at the stake on her final arrest. Although Catherine Parr shared the same thinking as Anne she was not able to nterfere with the arrest because a recent attempt had also been made on her life by Wriothesley, Gardiner and Rich. Anne was young and died aged just 25 years old.

From: Kevan L. Barton < kevanbarton@adelphia.net>
< GEN-MEDIEVAL-L@rootsweb.com>
There is an interesting book written on many of the aspects you are talking about re the Pilgrimage of Grace, but its views are taken from the Lincolnshire country gentry paradigm. It is NOT a common book, but the best libraries do have it, i.e. the Library of Congress. It was a treasure trove of information for my family history as it speaks much about the Ayscough and Maddison families. You might recall that Anne Ayscough Kyme is a well known, gentry level martyr, complete with torture in the tower in order to implicate Queen Catherine Parr. Anyway, I recommend it as it's a pretty good read as well.