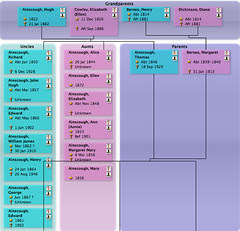 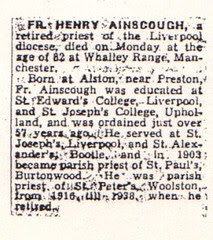 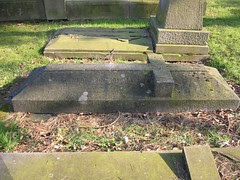 Images provided by Peter Ainscough (dad).
To view and download the images click on the image and this will link to my Flickr account.
Fr. Henry Ainscough (1864-1946), an army chaplain in the Boer War was my great, great uncle. He was the 3rd youngest son of Hugh and Ellen (Cowley)Ainscough, who had 8 sons and 6 daughters. Brother to Thomas Ainscough (1846-1929) my GG grandad.